The Astromaster 130 EQ is a Newtonian reflecting telescope with a lens diameter of 130 mm and a focal length of 650 mm. A mirror of this size collects 345 times more light than the human eye – it is the largest model in the series. At f / 5 it is an instrument that will be perfect for observing deep sky objects such as star clusters, nebular objects or distant galaxies. In addition, in a telescope with such a short focal length, by choosing the right eyepieces, we can get a very wide field of view. This telescope also works very well when observing bright objects of the Solar System. We will see, among others numerous details on the lunar surface, sunspots (it is necessary to use a solar filter), stripes in the atmosphere of Jupiter and four Galilean moons, Saturn’s rings, Venus phases and the Mars disc.

The telescope is mounted on the CG-2 equatorial mount intended for astronomical observations. After the mount is properly set to the north blue pole, we can easily follow the observed object in its movement across the sky. The mounting legs are extendable, and the whole thing is sufficiently stable to minimize vibrations during observation. The set includes two glasses and a Red Dot finder, thanks to which we can easily point the telescope at the object of interest. 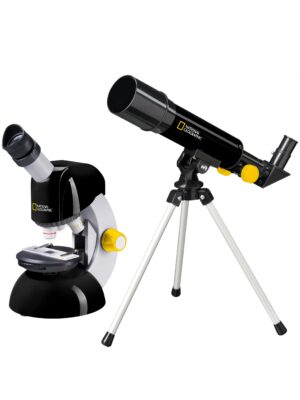 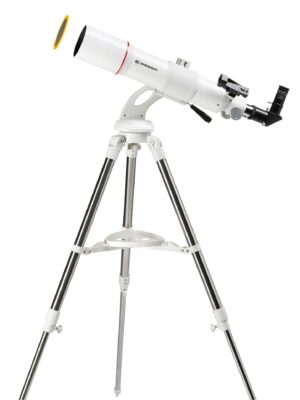 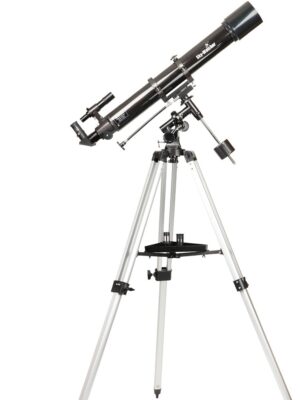 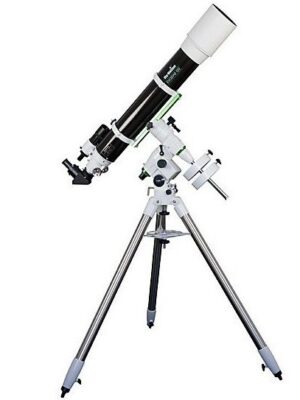 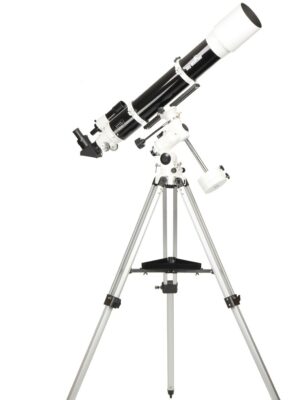 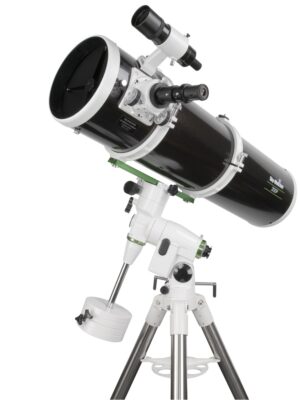 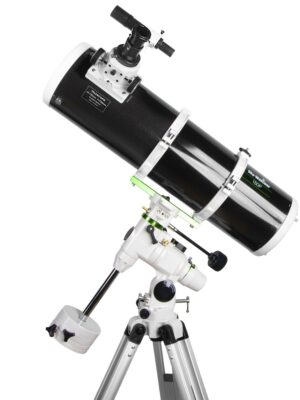 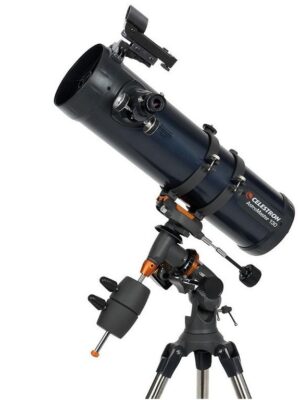